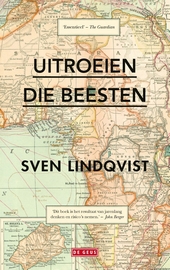 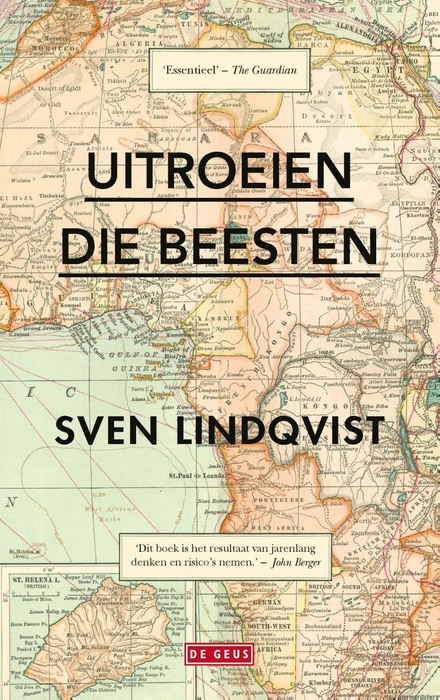 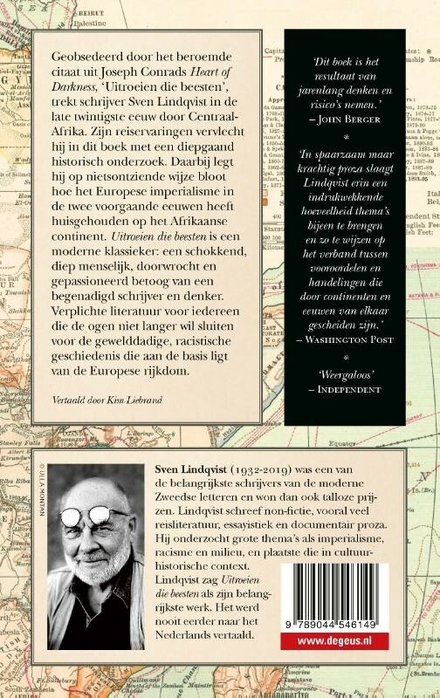 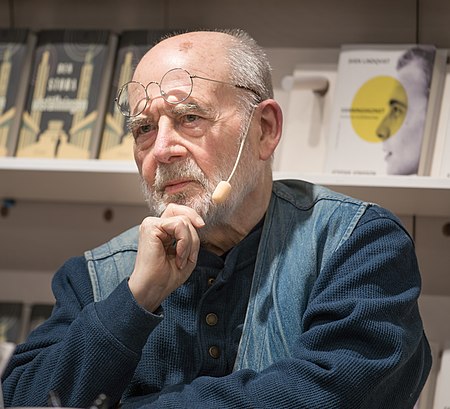 Sven Oskar Lindqvist (28 March 1932 – 14 May 2019) was a prolific Swedish author whose 35 books range from essays, aphorisms, autobiography, and documentary prose to travel and reportage. He was educated at Stockholm University, and spent a year as a cultural attaché in Beijing, but spent most of his life as a writer, known for his persistence and independence. In the 1970s he established the public history movement Dig Where You Stand. From the late 1980s he focused on European imperialism, colonialism, racism, genocide, environmental degradation, and war. Among his best-known and most widely admired works are his 1996 discussion of racism, Exterminate All the Brutes, based on a phrase in Joseph Conrad's Heart of Darkness, and his 2001 A History of Bombing, an intentionally fractured narrative written in 399 short chapters.

Work of Sven Lindqvist in the library